We value positive relationships with parents and carers to help develop better social and emotional skills in children. We know that when children are engaged with their learning, they attend school more regularly, leading to better long term outcomes.

For parenting and counselling services, visit the Family Support page, and for direction and clarity on regulations, processes and procedures at our school, read the Sydney Catholic School policies.

At St Therese Catholic Primary School Padstow, parents can stay informed via fortnightly newsletters, Compass notifications, as well as emails, phone calls and our school website. Information about your child’s progress is communicated throughout the year and formally each semester via school reports. Teachers are also available to meet once an appointment has been organised through the school office.

A weekly prayer assembly is held, where the community gathers to pray together, student achievements are recognised and special events are announced.

At St Therese Catholic Primary School we are committed to implementing a School-wide Positive Behaviours for Learning (SPBL) approach to the teaching and management of student behaviour.

SPBL approach means that we:

The following school wide Incentive Program is expected to increase the percentage of children identified in the Green Zone of the Behaviour triangle, while decreasing the numbers of students identified in the Yellow and Red zones.

Children are to be given ‘Ozzie Gotcha Cards’ for any display of general positive behaviours on the playground.

The child takes the ‘Ozzie Gotcha’ card back to their classroom where the teacher records the award on a class list.
Once children have collected 10 playground ‘Ozzie Gotcha’ cards they are awarded with a Bronze Ozzie Award at assembly.

When a child has earned four Bronze Ozzie Awards (from the classroom and/or playground) they can be presented to the principal in exchange for a Silver Ozzie Award. The bronze certificates are stapled together and indelibly marked to avoid being reused.

The Gold Ozzie Award and Ozzie Badge will be an ‘ultimate’ reward given to students who continually do the right thing in the classroom and the playground. An Ozzie Badge and Gold Award can only be awarded after earning four Silver Ozzie Awards.

Before & After School Care

We are proud to partner with Camp Australia to provide our Outside School Hours Care (OSHC) program.

As the most experienced OSHC provider in Australia, Camp Australia provides a safe, reliable, engaging and affordable program at our school, to help families balance time and responsibilities.

The Camp Australia OSHC program builds on our school values to further your child’s experience and interests, providing time for homework, time to relax, educational activities and a healthy snack.

Click here to find out more about the program at our school, including hours of operation and fees. To attend care, you must register your child. Register now for free. 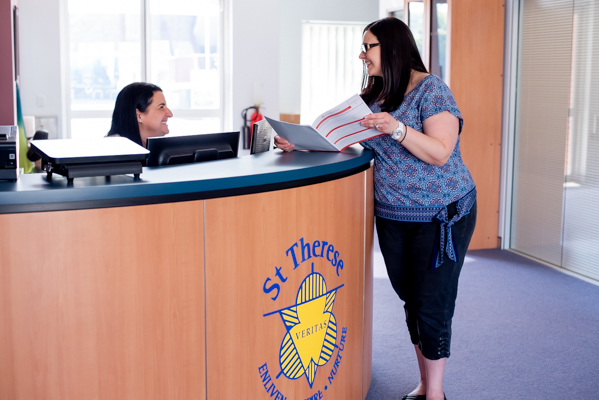